SAG affiliated so that we could do this movie.  Smart move on the director's part.... 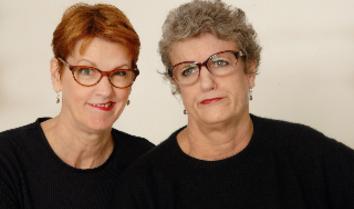 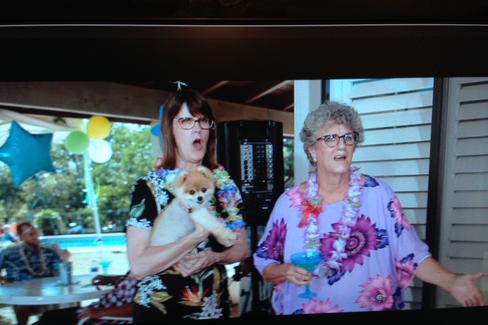 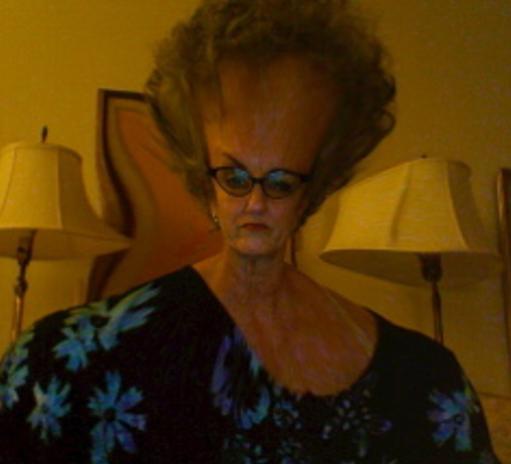 I am currently teaching classes, managing, and mentoring actors in Honolulu...

Melpomene was the Muse who was first represented in song and then became the patron of tragedy. Her name was derived from the Greek words meaning "to celebrate with dance and song." She is often represented with a tragic mask and wearing the cothurnus, boots traditionally worn by actors in tragedies.

If you know me, then you have to know my sister.  We are a comedy improv team called The Midlife Gals.  Google that.  I dare you.  We are The Smothers Brothers with bosoms, Lucy & Ethel after the mysterious disappearances of Fred and Ricky....

In a movie again, only this time in Hawaii.

We artists are not so good at business sometimes.  We actors want to act.  Someone we don't even know says, "I'm making an 'indie' film.  Come be in my movie!"  We jump at the chance to do what we love.  We say, "Copy, meals, and credit?  I'm in!"

I'm talking about non-SAG/AFTRA actors who study and train regularly, just waiting for an opportunity that may lead to something big in the long run.  They are thinking that this could be that 'Blair Witch Project' that was made for a dime and then went on to make millions and provide its actors with careers they always dreamed of.  The truth is, you are more liable to find yourself hooked into a project that is a one-way trip to hell.  The director doesn't know what he's doing, a wackadoo writer is bullying everybody, the lead actor is so bad you can't stand to watch him/her do a scene, the 'Hair & Make-up' lady flunked out of beauty school 17 years ago, the lunch is what is left over from the D.P's mother's potluck party from last night, the wardrobe was whatever you brought so the A.D./Location Manager could 'okay' it, the freshman film student from the community college is directing every scene because the director can't get his head out of his ass, and you're standing out on the beach while they set up a scene where you have one line and have been standing there for two hours because there are no trailers.  It's Guerilla Filmmaking folks!!  Yeehaw!

If you are a really good actor and you need a mentor and manager with industry knowledge and a good grasp of reality, allow me to be the voice of reason in your decision-making process.  You may need someone who is experienced in the ways of this business.  You need someone who is not afraid to say, "Those people are bottom-feeders, stay away from them' or 'I will hook you up with this filmmaker who is getting a lot of attention right now.  And by the way, your pictures suck...here are some good photographers that do really nice headshots."  I could go on and on about the advice I am constantly giving actors who are doing the best they can to understand this fabulous business.

Contact me if you feel you could use some help along the lines of bringing your perception of yourself in this business to a more professional presentation.  Remember, where they are making a big movie or television series, they are doing it the way it's always done.  The production team and 'Above-The-LIne' people are looking for a certain kind of player.  If you are not up to that...they will bring in an actor from New York or LA.  They are NOT going to give concessions because they are in Hawaiian dream time.

I spent over 25 years casting actors in major motion pictures.  I have a lot to tell you and teach you about this crazy business.  But I also mean to inspire you to love your art, without being taken for a ride.  If you are ready, I will be your muse.